The Mystery Thing Revealed: Confessions Of A Tomboy.

For the past few days, my readers and I have been playing a new round of Guess the Mystery Thing, a game of wits, trivia and crafty intuition.  The challenge: identify the secret ingredient in one of my recent upcycled jewelry projects. 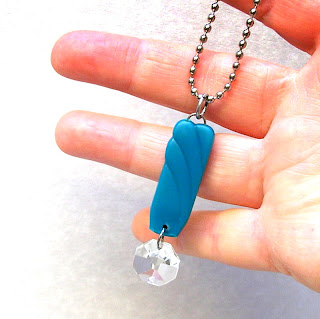 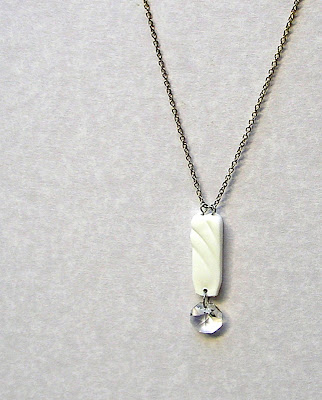 Cute?  (I hope you think so.)  Fancy?  Oh my, yes!  Those faceted 'dots' are crystal drops from an antique chandelier.  But what the heck are those mysterious colored oblongs? 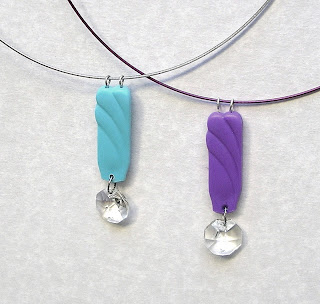 Before the reveal, I always pay homage to a few of the wonderful weirdos who took a shot...and missed.  I give you Mich's Honor Roll of the Most Creative (Completely Wrong) Guesses:

Amy: Obviously they're the handles to a fairy's silverware set. Shame on you. Some fairy is going to have to eat with their fingers & you know how much they hate that.
Alex: a gynecological scraper made for mermaids. Y'know, nice swirly shell-like texture...
Periwinkle Dzyns: fairy wings from stodgy old unhip fairies.  Rectangular wings are definitely for old squares...
Betsy: petrified pieces of blueberry Dentyne gum. You stamped a little design in them just to throw us off track.
Dena: they're stamped wax. But remember Icarus. If you wear this to your birthday party, the heat of the candles as you blow them out will melt your necklace, bringing shame to you. Much easier to cope with than the death the sun's heat brought Icarus, but still, not something to take lightly. Consider yourself cautioned.
Flying Beader: pieces from a Glade air freshener. Imagine the smell.
June: smushed and twisted JuJuBe's - a candy I loved to get at the movies.
MaryXO: a birthday candle squished flat.
Michele: the covers of some rather floofy memory sticks which I'm quite certain they have down there in LA though I admit I've never seen up here in Canada as we are a much more conservative bunch.
Amy:
I'm a barbie girl, in the barbie world
Life in plastic, it's fantastic!
You used to brush my hair,
But not anymore
Mich has broken them apart
into charms that we adore.
Now my hair's a mess
But at least I have a dress.
Imagination, life is your creation
Come on Barbie, let's go party! 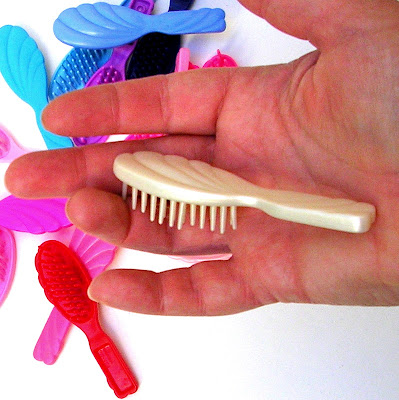 Yep!  Barbie hairbrushes.  As most people guessed!  I bought about 40 of them at a yard sale, from a little girl who, clearly, will grow up to be either: A. a hairstylist or B. a hoarder 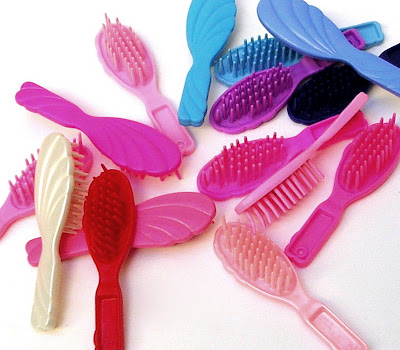 It's so funny to me that everybody guessed this.  You see, I never had a Barbie, being a total tomboy.  (I had Kiddles - but I chopped their hair short and dressed them in loincloths to turn them into boys.  They had daring adventures.  Once in a while I left one un-sex-changed, for the boys to save from deadly peril.)  So I had never seen a Barbie hairbrush; they were mysterious to me, and I thought nobody else would guess.  Silly moi!

Winners!  First correct guess goes to Lacey!  Whoo to you, Lacey!  And my second winner, chosen by random.org:  Shawna!  Congrats to both of you - watch for my email coming soon. 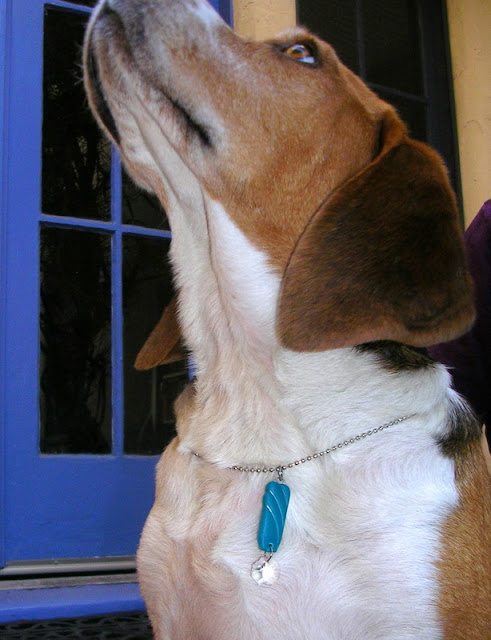 On behalf of myself and my lovely model, thanks thanks THANKS for playing, all you wonderful weirdos!  Until next time!
Posted by Michelle L. at 4:08 PM