Something fun to try? Beads into buttons.

I wonder if any of you have tried this? Turning beads into shank buttons. 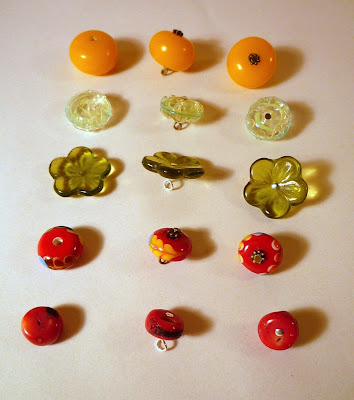 It's done using a basic wire-wrapping technique called a wrapped loop. You put a bead on a wire headpin, and if you wrap the wire at least one full turn after making a loop, the loop is sealed closed and it becomes the shank. You would sew it on the same way as any button.

There are tons of tutorials online, many with video, showing how to do a wrapped loop. Here's a good one from Beadstyle magazine.

Just to give you the general idea, this shows the steps along the way: 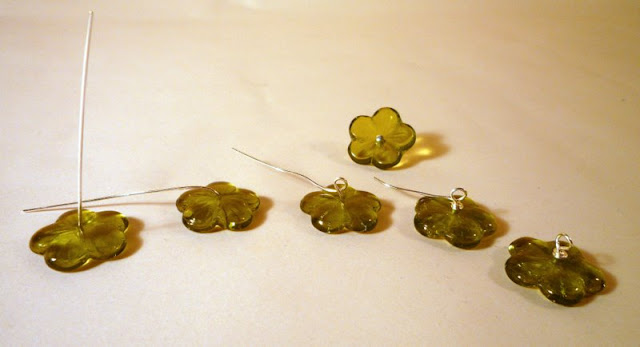 Not a tutorial - but I hope it conveys that it's not all that difficult!

My main tip for the most successful bead-into-button is to use a flat or disc-shaped bead. (If it's round it sometimes works, if the buttonhole is just barely big enough to pass over the round bead), but the more button-shaped it is, the better it will hold. Here's a rondelle (disc-shaped) example: 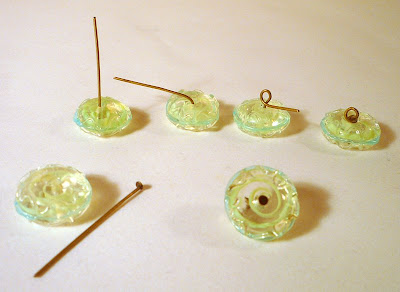 You can have so much fun with this project! I know there are a gazillion buttons out there, but there are at least two gazillion beads. And sometimes it's cool to create your own custom buttons, just for the bragging rights. You might even be moved to do something a little special or even luxurious...say, buttons made of semiprecious stones?

I found this gorgeous coral-colored cashmere sweater at a thrift shop: 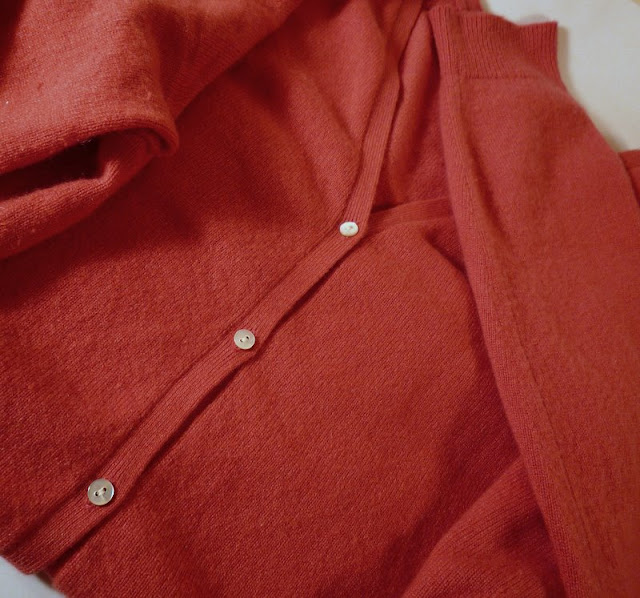 Here it is with real coral buttons. 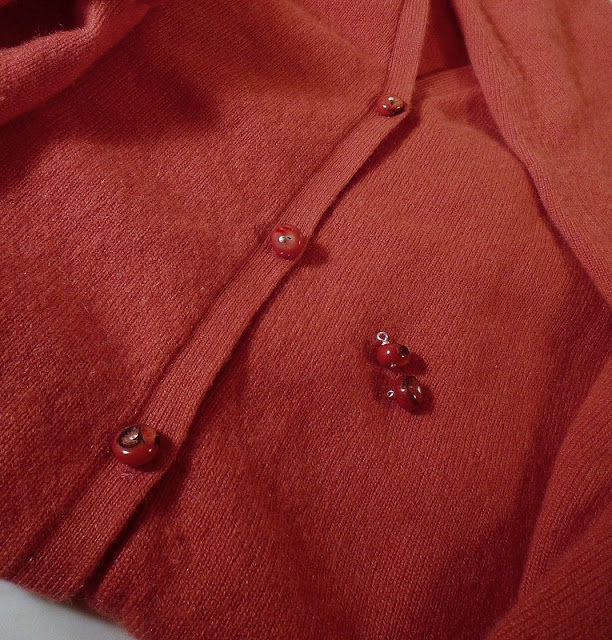